Photography: all images copyright and courtesy of the artist and KIOSK, Ghent

With the Family Nexus exhibition, artist Sophie Nys and KIOSK will be working together for the second time. KIOSK invited Nys in 2008, when still located in the outdoor pavilion. For that occasion, Nys purchased a metal time capsule, put the history of the exhibition space into the capsule and buried it underground. That capsule is still there, invisible, but at the same time, also permanent and unmistakably an intervention. It was also an example of the way in which Sophie Nys works with the specific history and architecture of a given place. This is once again true of her new exhibition at KIOSK, in which she attempts to unite a number of both minimal and monumental interventions, unique and serial objects, personal acquaintances and obscure figures from 16th-century prints, rural landscapes close to home and urban monuments, all under a single denominator.

Sophie Nys already intrigued us by giving her exhibition at KIOSK the title Family Nexus, together with an introductory image of chewing gum sticking to a knee and an invitation that she has transformed into a little book. That card in book form tells the story of four people, called Everybody, Somebody, Anybody and Nobody.

It is with such personal gestures that Sophie Nys introduces us to the interrelated works that she has brought together for this exhibition. Once we have entered KIOSK, we walk into a web that she has created from intrigues, connected and unconnected, where no position at all is neutral. Nys is interested in the relationships that evolve between her works, as well as in relation to the space and the visitor, and draws a parallel with a praxis or a household in which a set of unspoken rules and roles determine the dynamics. The title, Family Nexus, is understood in psychology to mean a vision that is shared by the majority of family members, often unconsciously and for several generations long, and is upheld in the context of events both within the family and in its relationship to the world.

Who is it who is playing the role of Nobody, the household’s so-called ‘identified patient’, or the scapegoat, and which pots and pans has slipped through this character’s fingers? Although all of these characters belong to the same family, the Family Nexus, they all seem to be pointing the finger at one another. The one is more someone, more or less unique, or dependent, or leaves a larger or smaller imprint of his or her presence, than the other. The smallest of the community, made by hand, supports the largest, industrially produced element. The others try to get a foothold somewhere in between these caricatured extremes.

Adapted to a new context and scale, existing furniture designs or industrial objects become expressions of a personal thought, characters in Sophie Nys’ own story. This game of observing, rehashing and deduplicating is characteristic of Nys’ oeuvre, and in the course of time, as does every individual family, this collection of related works displays a conscious or unconscious nexus. The arrangement that results is her (self-)critical and humorous way of telling something about her own artistic practice, the relations that we undertake with one another, as well as about institutional mechanisms. 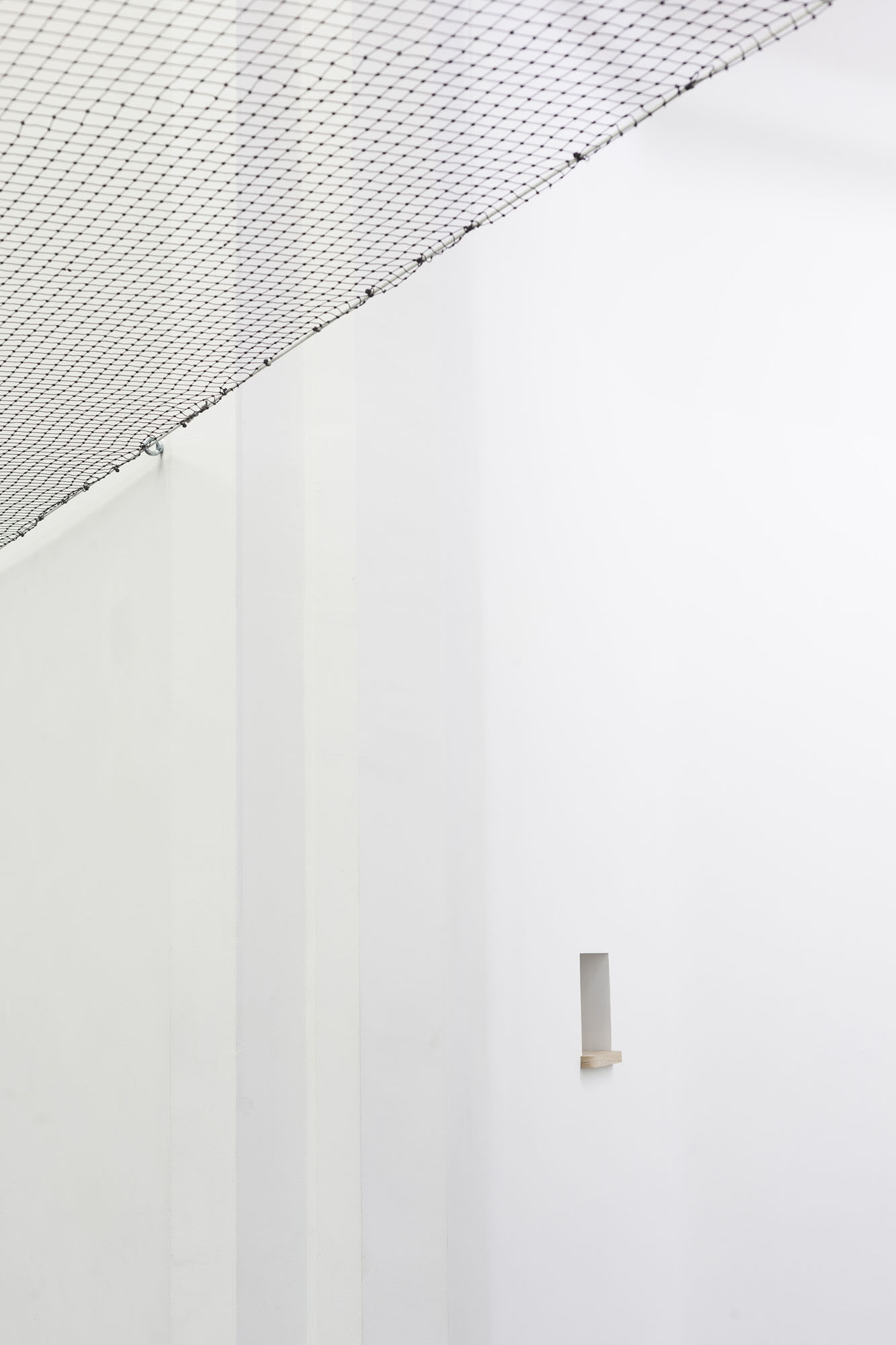