Exhibition title: I think there’s very little likelihood that oysters, mussels and clams have any consciousness so it’s defendable to eat them

Photography: all images copyright and courtesy of the artist and trampoline

Simon Wald-Lasowski (b. 1980, FR) is fascinated by the obsessive accumulation and acquisition of goods encouraged by the consumer society. By embracing seemingly worthless common objects and glorifying their triviality, he brings out the absurd in the everyday and comments on profound issues of the human condition.

Last year, as Simon Wald-Lasowski peered through the window of a shop full of curiosities, he noticed a strange side table in the form of a chimpanzee with a book resting on its head. Fascinated by the abject character of this figure, he had a mould made of the original object and has used castings from it in a series of works he developed during his residency at the postacademic institute Jan van Eyck in Maastricht in 2017.

Assembled in an immersive physical installation consisting of 35 pimped plaster sculptures, the chimp proved to be a perfect vehicle for addressing themes that have long held Wald-Lasowski’s attention, such as a predilection for kitsch and tawdry symbolism, an interest in hand crafting and a fetish for materiality, the burden of the world’s immense quantity of knowledge and a fascination with throwaway objects. The repetitive presence of the vividly coloured chimp evokes a sense of uncanniness as well as of familiarity.

Simon Wald-Lasowski conceived a new installation for the gallery space of trampoline on the occasion of the summer period: a group of monkeys as a burlesque scenery of different gatherings. 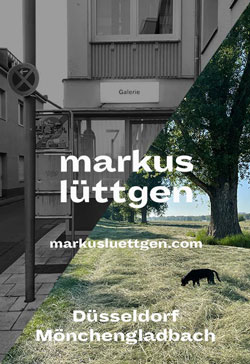