Exhibition title: A room with you

Photography: all images copyright and courtesy of the artist and Berthold Pott, Cologne

A home as a studio, a studio as a living room, a bedroom as a storage, a storage as an office—the space where the artist works every day has changed, has become smaller, narrower. A unique room where life and work mingle, merge. A room with windows.

A man is singing strong words behind a wooden bay window in a turquoise green color, maybe blue water. He looks outside. We watch this video clip like any other, as we would watch information, watch sports. We watch this video clip through the same window that allows us to be in contact with almost everything, but never really be. With what and whom am I really in touch?

On September 4, 2015, A Room with Views opened, in which Samuel investigated the possibilities of the definition of space in and of itself. On February 2, 2018, his new solo exhibition opened. Things look the same: the same story, a new exhibition—but by looking closer, the artist seems to have injected into his work the presence, the memory of the human beings around him. “For whom” and “with whom” appear to be two questions that activate gestures, actions, or its relation to the world, its relation to the other. The form is not so important as what precedes it. Like this group of chairs built by his father, imperfect, not functional—but the essential seems to be elsewhere; the artist seems to question his own economy, ecology, and relationship to the other. Talking about human relationships when he works with his father, trying to learn and record knowledge, gestures at the risk of burning his own eyes. Relationships to nature when filming a night in the Death Valley National Park at the risk of burning their wings. The legacy like a trace that we leave, this trace conscious or not. A room with you—“you” seems to designate both the viewer and the objects that make up the fabric of a possible narrative. 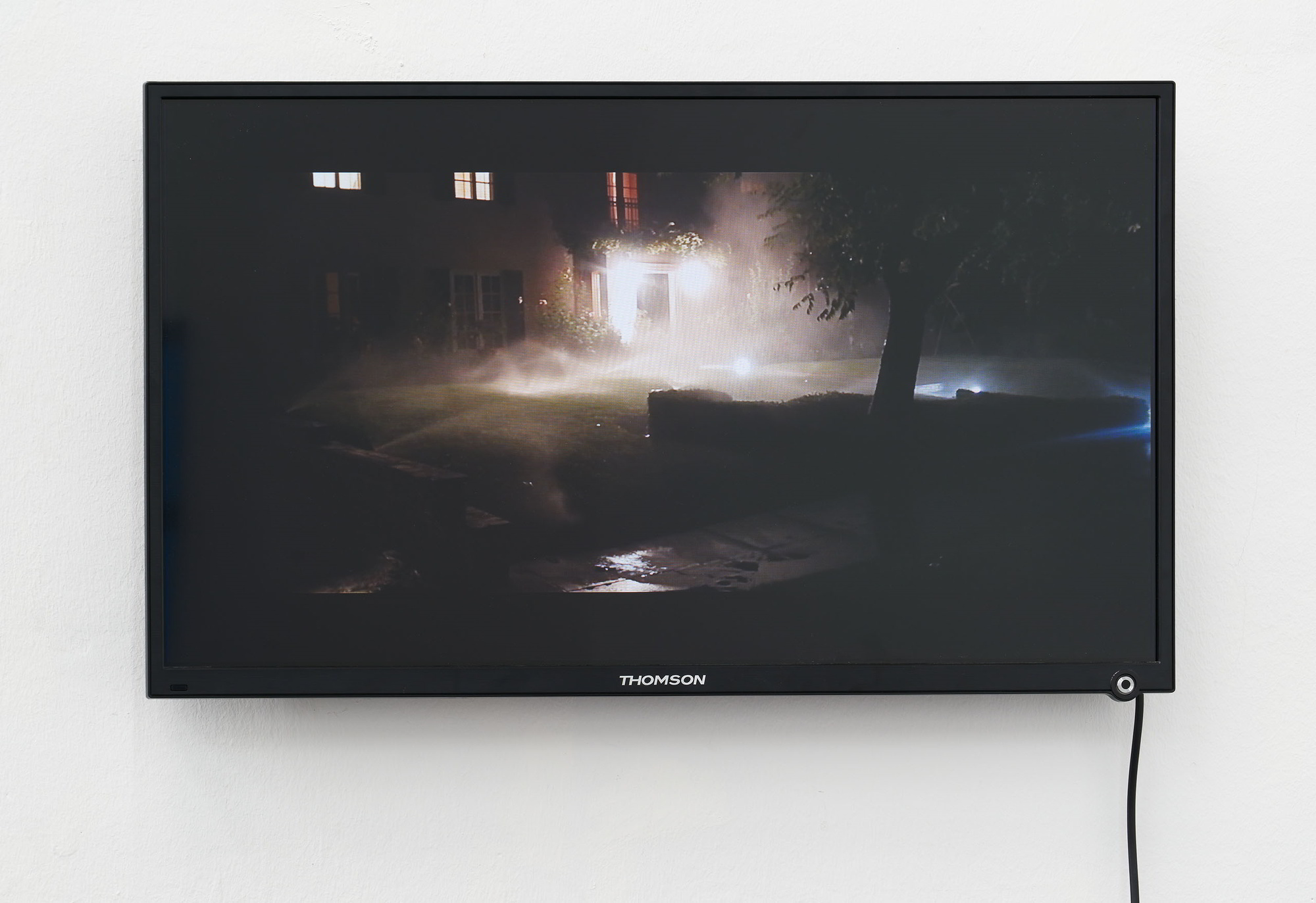