Photography: Roberto Ruiz, all images copyright and courtesy of the artists and Nogueras Blanchard, Barcelona/Madrid

David Cronenberg’s Videodrome (1983) is probably one of the most iconic pieces of lo-fi cyberpunk of the early 1980’s. We could even argue that it is the famous line uttered at the end by the protagonist, Max Renn, that best summarises how the logic of video had already entered the domestic space leaving behind the prescient minds of artists like Paik. Our current image-culture, the birth of virtual reality and also the exponential rise of visual studies, all are somehow indebted to this “long live the new flesh!” that Renn calls out, just before shooting himself and embracing this new trascendence of the visual.

Since then, we’ve been trying to come to terms with this unleashed death-drive of electronic images, beating with a digital erotism, ever more powerful than their mechanical counterpart. Perhaps because of this, today we might attach to images in a more hygienic way than Cronenberg’s gory protheses predicted, but this in no way diminishes their orgastic spell. Quite the contrary, in the making of this new flesh of the gaze we’ve developed a perverse taste for further ghost limbs, for immaterial organs and instant presences, deforming and haunting the obvious piece of meat effaced by Renn’s symbolic sacrifice: the body.

Yet, the more we step into this utopia of impure visual lust the more we feel that the flesh of profound today is also unsurprisingly old; deeply entrenched in the magical tradition of the “word of command”; woven with code and mingled with alphanumeric typos.

The fact is, that in the era of the social network and of hyper-visual sharing we are increasingly becoming more text and more word than ever: not just embodying text, but becoming engulfed by its space: not just as in a written document, unfolding the past in the present, but as in “real time”.

Textual studies have always kept an eye on the fluctuations of the linguistic signifier. Their interest today is not necessarily semiotic or hermeneutic but material: they attend to the physical variations of the letter, the page, the book, the social and performative implications that surround editions, publishing and corrections. In recent years, and with the advent of digital text, this materiality, this flesh of the text, has of course been expanded to comprise something else than mere physicality – or as Ronald Scheifer puts it, an “intangible materialism” . In this sense, email may be no different than a good old letter but, together with instant messaging and social media, it is redefining our notion of textual presence. To the point of substituting gestures so bodily and oral like the handsake or the hug.

After all, we might not be attached to a gun like Renn was, but we are certainly woven to our ubiquitous keyboards; enfleshed too by our textual prosthetics.

“Long live the old flesh” has gathered a selection of works that explore the “thingness” of language, thinking the “tongue” not only as a cultural idiomatic expression but as a muscle of the body. A fifth limb that gestures in the darkness of the mouth, shaping air, watering words, tasting perhaps the meanings of stones. Through the use of ineffable oral performances, buccal materialities and deaf volumes, the authors shown pose how elusive and asemic, yet meaningful, the old flesh of the text may be. Text becomes reunited with its etymology of tissue; a flexible dark matter that asks what gives us flesh today. 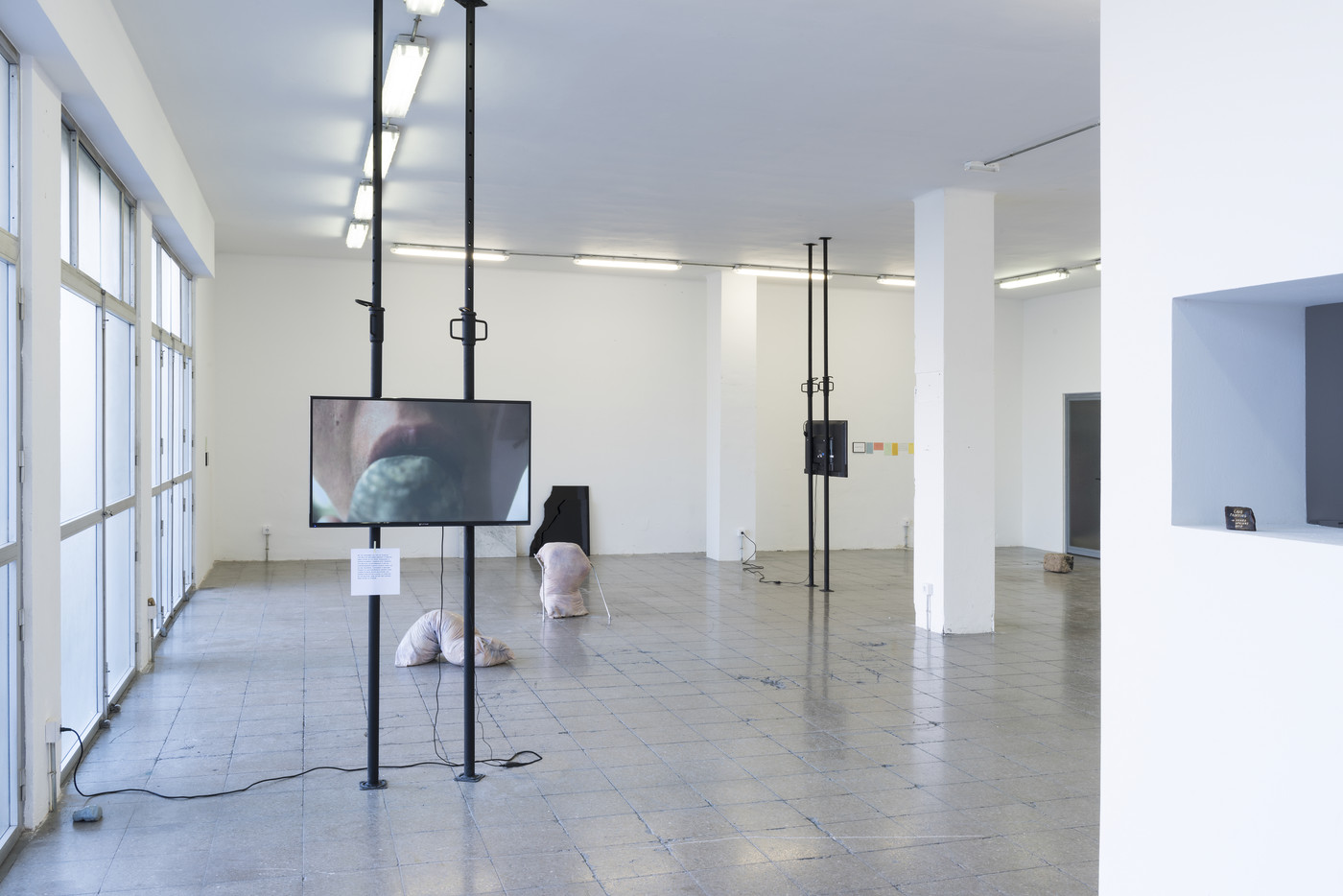