Photography: Aurélien Mole, all images copyright and courtesy of the artist and CRAC Alsace

As exhibition titles succeeded one another, in search of a formula that wouldn’t settle anything, a volatile title-phenomenon, a mood, a title that would neither describe nor indicate its intentions, a title that would leave room for a bare experience of the exhibition, Elena was overtaken by a clear blue fear that things may never touch, Hagar by a vague green fear that she may no longer see the exhibition. Seeing that we no longer heard each other, I sent them the image of an offering, given by a certain Cutius to Asklêpiós, thanking him for restoring his lost hearing, a small square bas-relief showing a geometrical structure framing two ears sculpted in marble, most likely those of Cutius. Two ears facing one another, not only hearing but also speaking. Two ears saying thank you.

Hagar’s vision cleared, Elena saw things touch again. They began to see new colours floating in space, phenomena, images and affects, a song, a laser beam, a window reflection, the hysteria of electric light, wind in hair, a hand caressing a screen, a scientific conversation. They began to see new colours that sporadically bind themselves to a body, an object, an oversize paper sculpture, a lamp named Billy, an apathetic stone, a ruby, a machine or its technology, sometimes asking:

What forces hide behind words and things? What do you see behind your closed eyelids? Do you know how it is to be transparent? 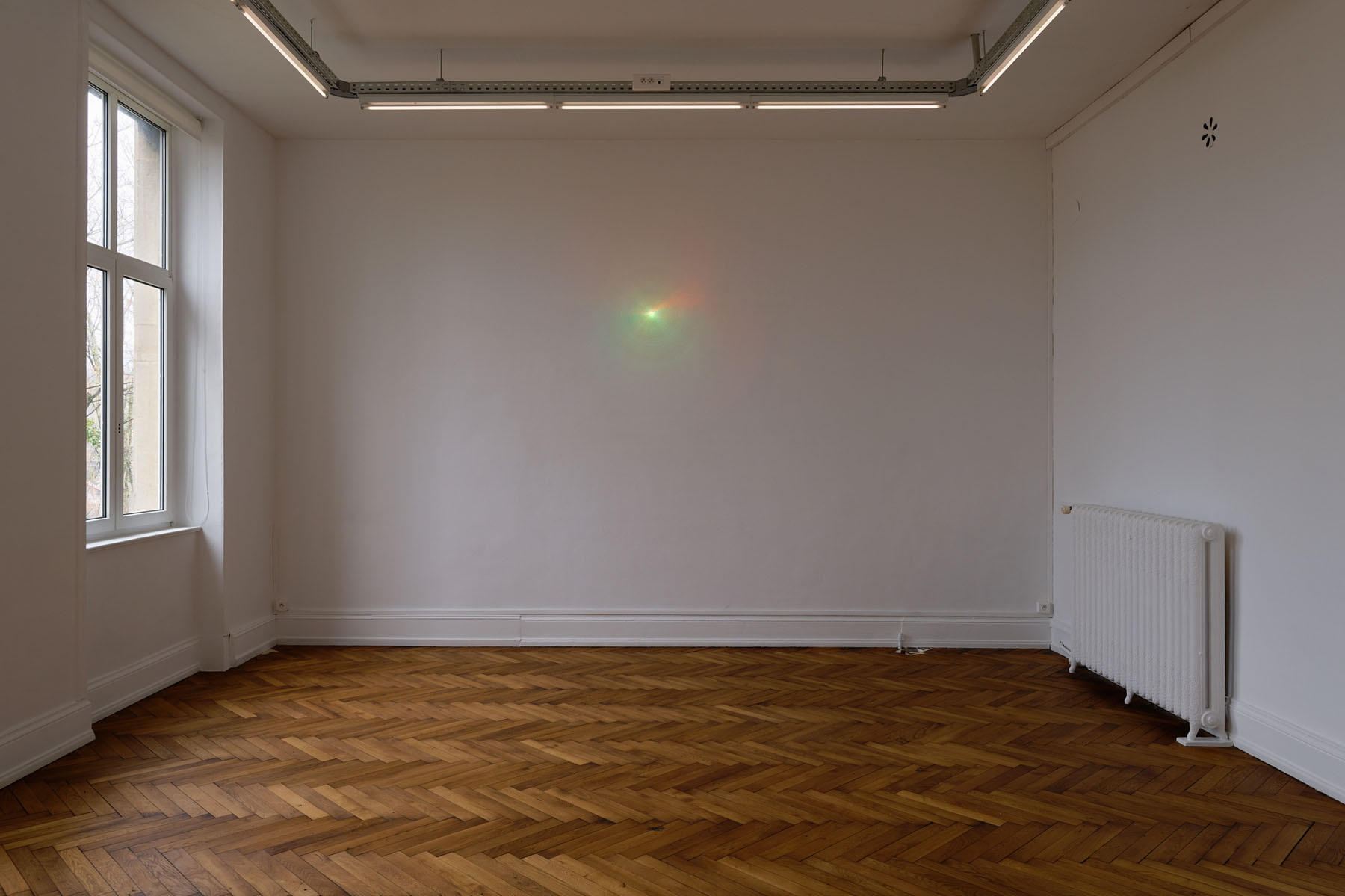