Photography: Michiel De Cleene / all images copyright and courtesy of the artist and 019, Ghent

Its influence reaching far beyond the orbit of distant Neptune, the Sun is not only an everyday phenomenon, but that which establishes every day. On its own terms. So put on sunscreen and shades and meet me on the roof.

In a single storey building the roof is the first floor*. Under the Sun it sits and idly chronicles the elements, expands and contracts. Unhindered by a ceiling, the roof is the ideal floor for an upward gaze.

Within the framework of the exhibition the roof will also function as a platform for side activities. SUNDAYS is open every weekend from 11:00 to 18:00, when the Sun is shining bright or when we feel like sunbathing. So keep an eye on the forecast and double check the 019 website or the Facebook event.

In summer, she says, it takes half a night for the roof to cool down.

The trees, the distant landscape and the sky vibrate. Even after sundown. A mirage**, she says.

* Except for Americans, for whom the roof is the second floor

** An optical illusion caused by atmospheric conditions, especially the appearance of a sheet of water in a desert or on a hot road caused by the refraction of light from the sky by heated air. The word comes to English via the French mirage, from the Latin mirari, meaning “to look at, to wonder at”. This is the same root as for “mirror” and “to admire”.

SUNDAYS is made possible with the support of the City of Ghent and the Flanders Government. 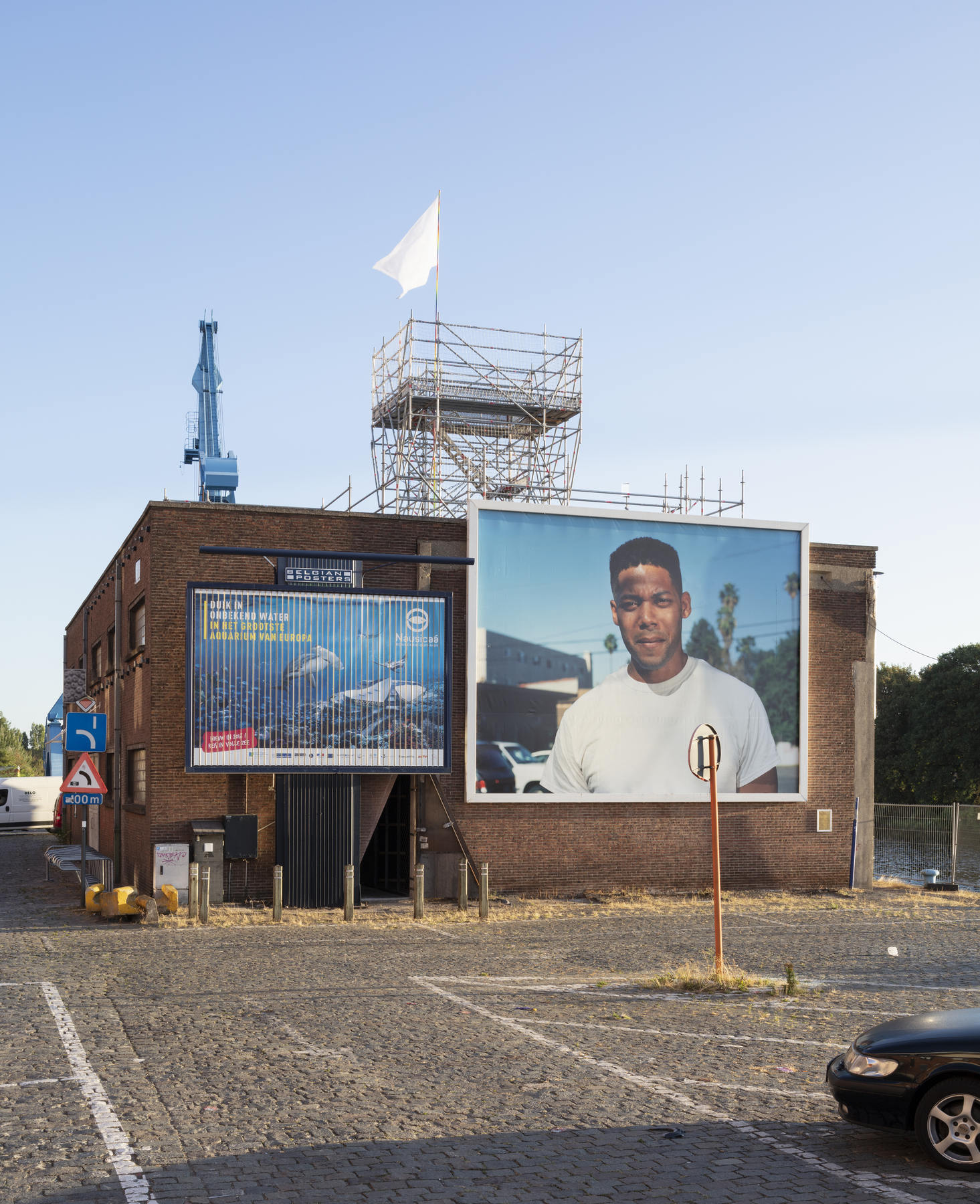