Photography: Courtesy of the artist and Lumiar Cité

Because he’s alone, a sailor’s always telling himself who he is, writes Kathy Acker in her short story ‘Lust’ (1988), revisiting Jean Genet’s ‘Querelle de Brest’ (1947), a novel about a young sailor and a trade-off between a murder and a transgressive sexual act. A sailor is nowhere home, always alone, which gives him the opportunity to act within the illusion of a mirage. Taking his cue from Acker’s and Genet’s “sailor”, Robin Vanbesien unfolds a metonymic figure for a nameless desire circulating through painted partial objects and prolific poetic images invoked by words. Characters, genders and bodies appear at sea before the possibilities of an undecidably erotic (homoerotic or just autoerotic) fantasy. The relations appear dissociated, stemming from the desire of an emptied-out self. All seems to be given with the gravity that yields a passive tense of verbs, static gestures, and staged compositions. Landscape, painted or filmed, functions as the medium to circumscribe the figures. It reflects the notion of a framing gaze returned from its object in a specular dialogue. Although they seem to encompass each other’s plastic-pictorial unity, the author and its hero, the figure and the spectator, are conjoined in worlds separated from each other.

‘Gravidade’ takes its title from the eponymous film*, which is posed in the centre of a circular distribution of seven paintings in the exhibition space. The paintings partition a figure in the landscape, therefore forming a series of part-bodies as partial objects detached from both the figure and its imaginary surroundings (bollocks, penis, hands, tongues, fish etc.). The expressive pictorial quality in the film’s staging of figures through poetic quasi-dialogue renders it as another sort of painting toward which the other images in the room gravitate. Hence the film provides an illusion of restoring the lacking totality of each image on its own. 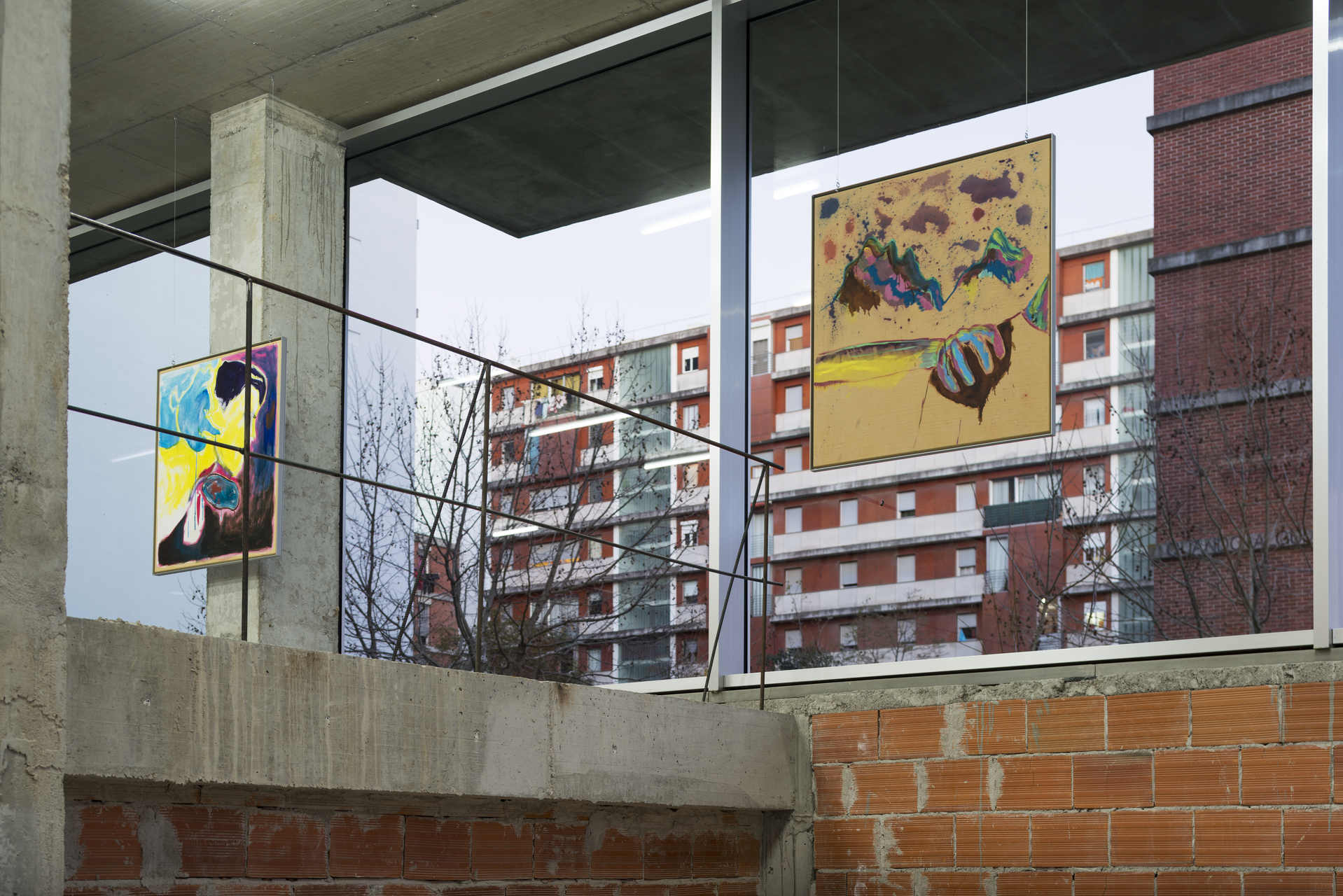