Photography: all images copyright and courtesy of the artist and trampoline

A mannerist Death-cult is also a lifestyle. And the mummy’s got all the time in the world. He’s a time lord of sorts, an eternal champion; a dandy figure of specific time-expenditure. The historic Mummy represents a human quest for eternity and a dis-proportionate amount of energy that is invested during life to attain it. But Eternity -or be it heaven, the after-life, etc.- never turns out to be what you imagine it would be. The mummy (once an irreproachable aristocrat) has become a popular figure, a classic icon; a bit cartoonish and grotesque in his horror-movie version, but a classic by all means. He’s anonymous yet distinctively individual: you never think of mummies as a group, unlike zombies who are more proletarian. Which puts the mummy in the position of a bourgeois-bohemian, a dandyish figure. He’s a fashion model for sure; made up of cloth and bandages, everything is on the surface, the person behind is exchangeable. So the mummies in this show are a sort of poseurs or African Sappeurs. The Pharaoh’s cane is more the cane of Fred Astaire in Puttin on the ritz. He’s a performer. Posing against decorative backgrounds and interiors he is cultural; his place is indoors, in pyramids or National Museums.

The mummies in Michael Van den Abeele’s show Relax are painted or procured with bleach on denim. They appear as imprints, as an image captured in the fabric. Some of the fabrics show vague imprints of the bubble wrap plastic on which they were bleached. As such, the technique is economic and stays close to the appearance of the mummy, wrapped up in cloth and bandages. In a manner of speaking the mummies are dyed and undead. Both thematically and formally the mummies add themselves to former motifs, which the artist has used, most of them originating in the 19th century: Dinosaurs, paleontology, exoticism and science fiction (and now Egyptology). At the verge of an era of abstraction to come, these motifs flirt with the notion of the imaginary, all the while insisting on a realistic or naturalist depiction. One that is by definition openly weak, the way gold is cheap. 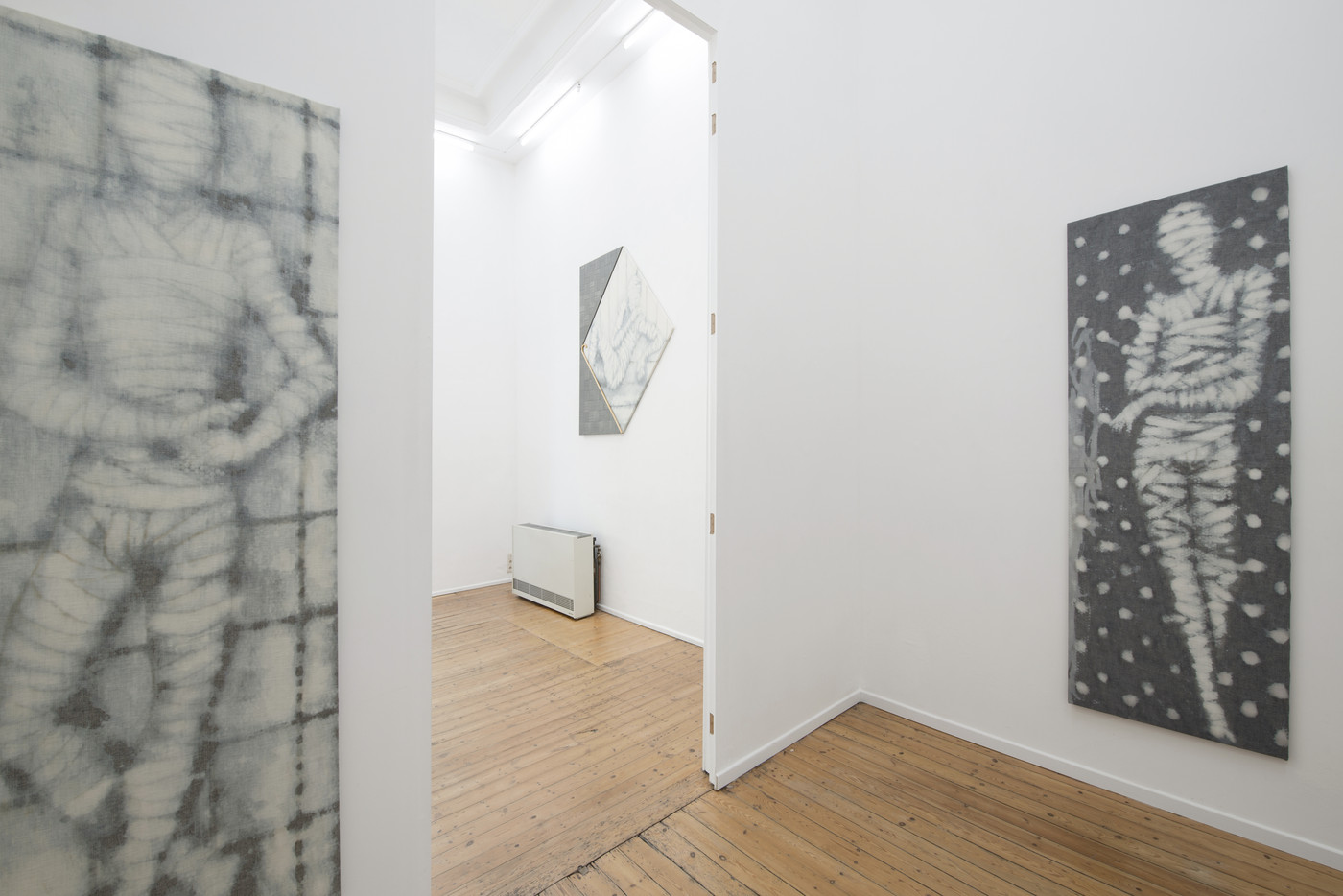