Photography: all images copyright and courtesy of the artist and MEGA Foundation

The Wind noticed a young man bathing by the river and wanted to remove his cloth. Boasting to the Sun, the Wind blew a little breeze to flutter the man’s fabric and the man put on a sweater. Next the Wind blew a big breeze, a tempest, a hurricane; the man put on all the clothes he had and went inside. Finally when the Wind gave up and the storm was over, the Sun shone gently and the young man came out to warm his skin.[2]

In fable there is often something inside coaxed out. In the story of aenigma, an ancient Greek prince named Frog, meets beautiful la Rana, a very feminine Latin noun. They marry and give birth to a young green frog born into a modern language. The Language boasts of its large vocabulary and androgynous nouns, yet still the frog hears it whispering ‘maybe little green frog there is a prince inside? or…perhaps…a princess?’ And when the little green frog forgets to answer, the Language tightens its sieve hoping to catch a little drift slipping through the river, if you know what I mean. But always the chorus of crickets snicker and the night responds ‘do you hear the river laughing?’ Even the wind wonders what folly is hoping to thread its head.

In Michael Luberry’s paintings, the alphabet loosens its weave. Some loose fray has smeared its dirty fable in just the wrong way so the whole green garden is thirsty for a good flood to read. Luberry’s paintings ripen the focus like a softened fruit and sharpen on the edge of sweetness. 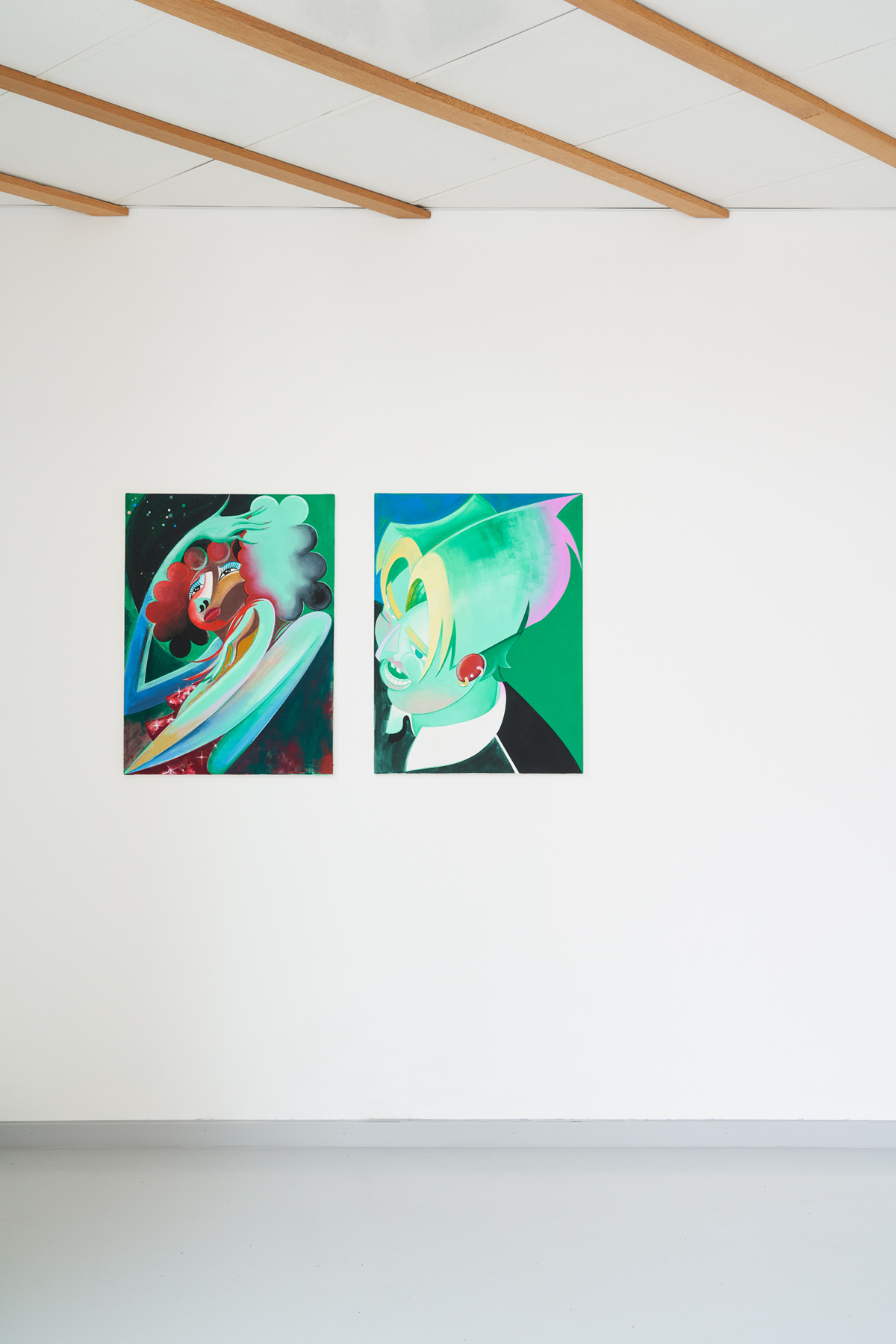