Photography: all images copyright and courtesy of the artist and Brand New Gallery

“I see my work as a kind of passage, or crossing. In a literal sense, the imagery and paint emerge from the reverse but also in a conceptual sense this is a space where the viewer reconciles themselves with an ever increasingly simulated experience.

In contrast to collage where distinct juxtapositions disrupt the visual field, my work seeks to describe an experience where all things fuse and sit in a liminal, in-between kind of space – collapsing the internal and external. Subsumed, stained, bound by the surface of the painting.

I often use vernacular sources and humor to point to the tension in this uneasy experience while also activating a third kind of response in the sometimes surreal, or psychedelic, painterly joining of imagery and color. These are paintings for sure, where color, form, and surface play out perceptually for the viewer, but also amalgamations of the act of shifting through a progressively unreal experience.”

Chris Hood’s artworks reflect an understanding of the abstract nature in which personal and social imagery collide in the twenty first century. Combining traditional techniques with the languages of digital territories, his work often features images culled from american counter-culture, art history, and mass media rendered abstract by translation.

Zach Reini uses iconic American imagery and a minimal insertion of the artist’s hand to bastardize and recode the viewer’s relation to cultural symbology. In relation to Hito Steyerl’s essay In Defense of a Poor Image, which is primarily focused on the reproduction of a digital still, Reini implores Steyerl’s alternate definition of a “poor image [as] as an illicit fifth-generation bastard of an original image … it often defies patriarchy, national culture, and indeed copyright.”

The precise cuts and viewing limitations Reini imposes on these icons recodes their symbolism from one of American innocence to a sinister and lewd caricature of American cultural identity. Using a minimal approach to restrict the visual narrative of these icons reinterprets their importance in the American codified vernacular as new arbiters of a darker purpose, thusly introducing a form of Bakhtin’s body grotesque to those who are loyal to these beloved figures; Or, rather, the small windows into the underlying painting uncover the once grotesque pretense to reveal the inherent representation, or poor image, below.

Reini accomplishes a definitive blow to the ivory tower of American innocence forcing those once idealized symbols to be viewed as lewd, secretive subjects, as illicit backroom dealers of easily digestible happiness, as shadow-world puppet masters. Though the actions of these figures are physically concealed, their newly conscripted purpose resonates through Reini’s manipulated scenes in his manifested world of innocence-as-transgressor. 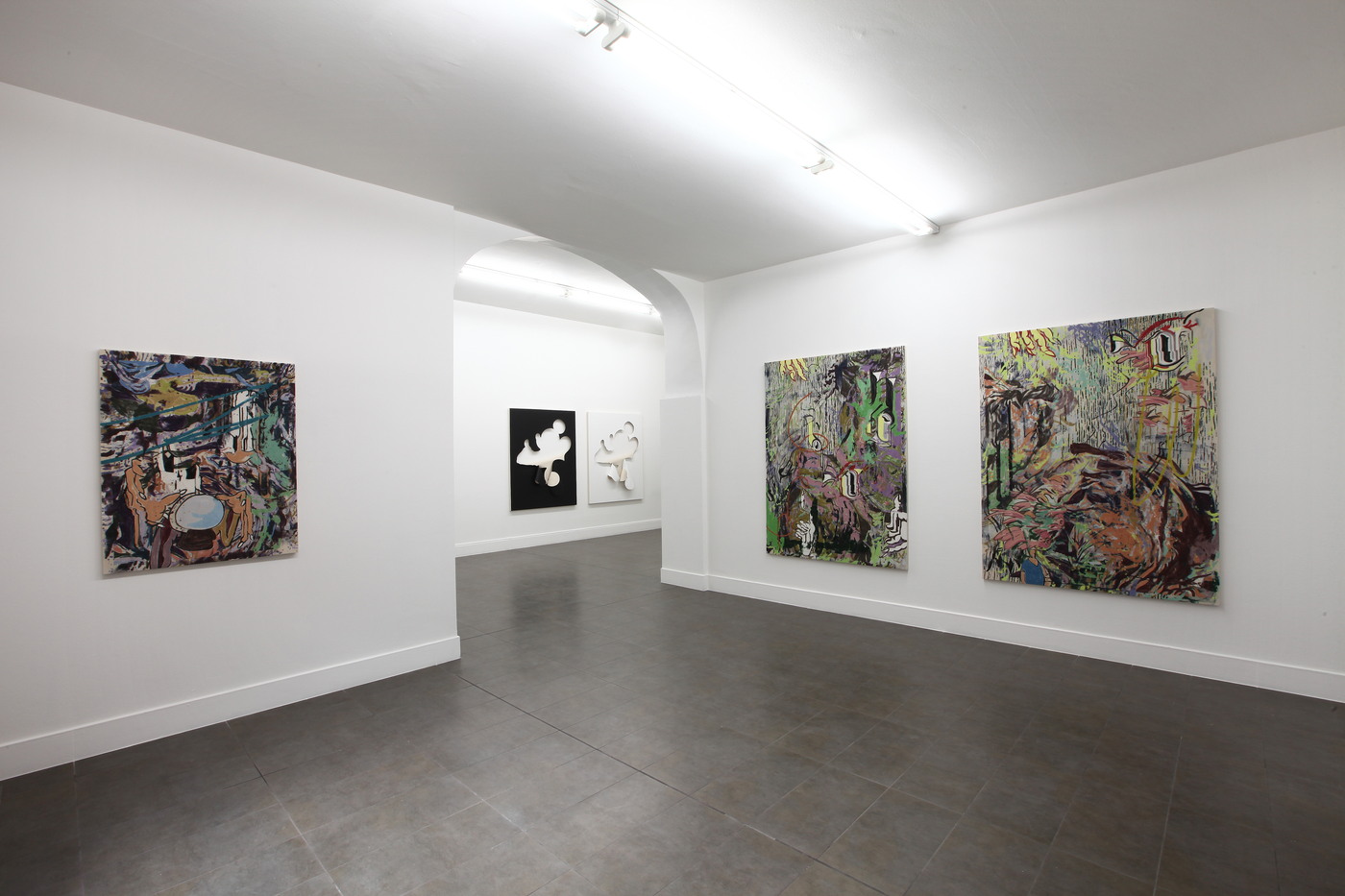 Zach Reini, Daisy, Daisy Give me Your Answer, 2015