Photography: Aurélien Mole, all images copyright and courtesy of the artist, IN EXTENSO and Tlön, Nevers

Tlön and In extenso are glad to presents “Resource Operations,” a solo show by Berlin-based French artist Antoine Renard in two parts. “Part I (The Monks’ Corridor)” occurs simultaneously at Tlön in Nevers, while In Extenso hosts “Part II (Eden Park).”

Following his recent collaborations with french artist Clemence de La Tour du Pin, Antoine Renard uses a profusion of forms, media, and materials to produce floating environment in which body and senses participate in an imaginary getaway where different temporalities intertwine. Renard’s compositions are characterized by a systematic use of entropic processes as to suggest a psychological state of the current society—incessantly evolving, fluctuating, and unpredictable. His work is a consideration of what the digitized neoliberal world produces on a daily basis, reflecting a destructive madness that duplicates itself right down to the tiniest cells of our bodies. Here bacteria and viruses circulate in both blood veins and computing networks, and electrical cables merge with arteries. From biogenetics and necropolitics, Renard’s art explores the immemorial need that human beings have for regenerating themselves through technology. His approach reveals a fascination for this underworld, which he tries to incorporate and accept, in its darkest aspects.

In Tlön, Renard’s work is deployed throughout the entire space, which is usually inaccessible to visitors. Here, Renard has removed an existing scenographic set in order to reveal the structure of the former space, which was previously a computer store. Thus, this now-bared and dimly lit interior, composed of metal grids and aluminum rails, frames a pathway made of digital impressions, sculptures, and videos featuring an ensemble of computer-assisted imagery, MRI scans, and drone footages of a local cemetery. As a formal and conceptual matrix for his installation, Renard was interested in the “Cotard delusion,” a rare mental illness in which the affected person holds the delusional belief that they are already dead, do not exist, are putrefying, or have lost their blood or internal organs. If this pathology has been recently studied in order to better understand how self-consciousness is formed, it becomes, within “The Monks’ Corridor,” a metaphor of a social, political, and ecological context altered by all kinds of demiurgic insanity.

The “Eden Park” installation at In extenso has been developed from the images of the Jean-Gautherin Cemetery in Nevers which the artist filmed during his stay. Shot with a phantom 4 drone at a ninety-degree angle, the slow traveling reveals the rational organization of the cemetery, which erases individual ornaments and makes each grave appear as a block, recalling the interior architecture of data centers. Starting from this bi-dimensional vision, Renard presents a series of tomb-like sculptures drew on a local French news story from 2004 where a young schizophrenic, keen on video games and science fiction, murdered two nurses he was convinced were zombies in the pay of extremist extraterrestrials. By rebuilding the virtuality-impregnated psychological landscape of the murderer, Renard investigates a contemporary post-truth reality in which emotional manipulations seem to outweigh objective facts.

Antoine Renard at IN EXTENSO 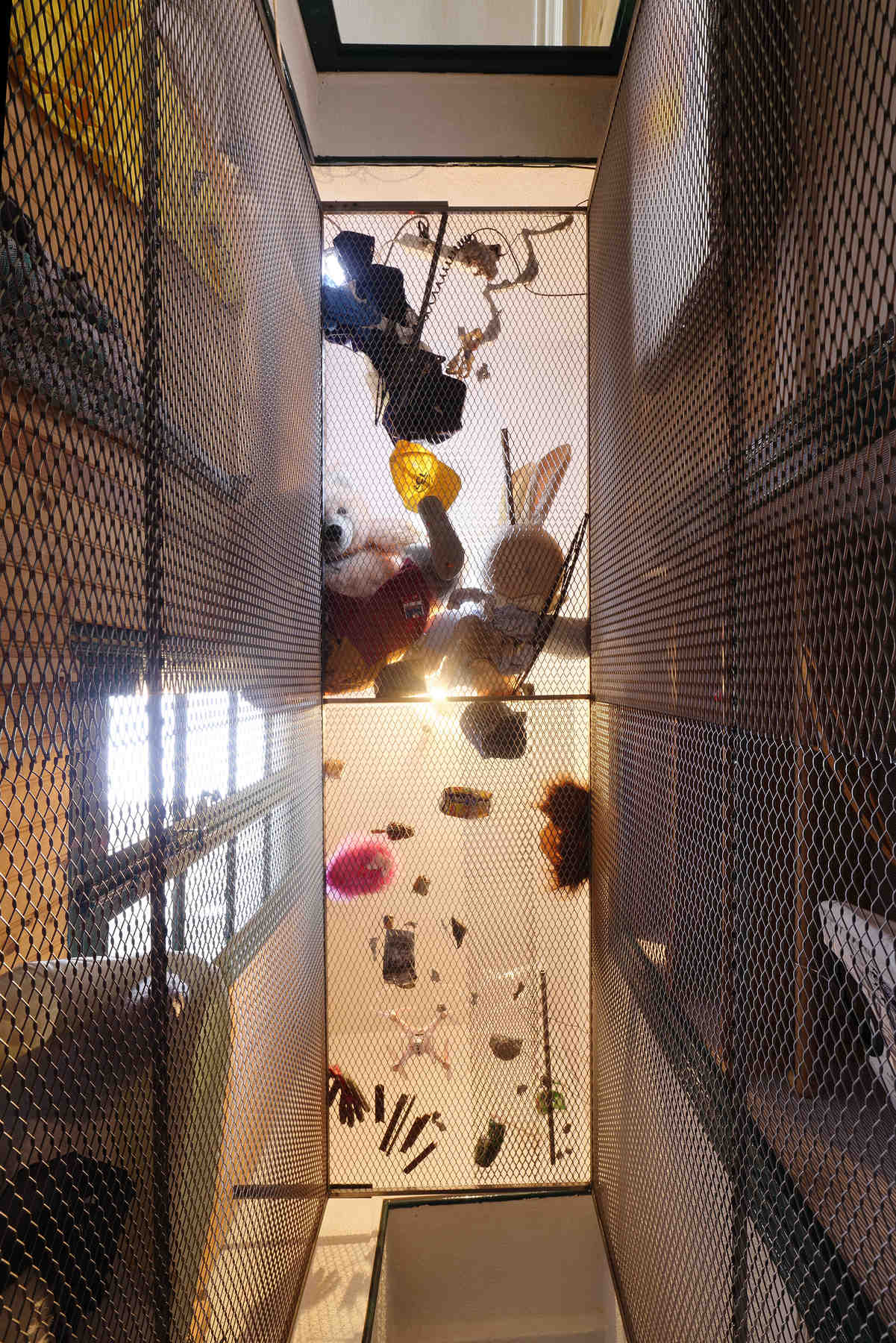