Photography: all images copyright and courtesy of the artist and Fondazione Giuliani, Rome

“I’m trying to see what reality is for me, and what it is for us all”.

Fondazione Giuliani is pleased to present artist Alicja Kwade’s first solo show in Rome. Kwade’s research begins with an acute study of reality and its internal structures, in order to arrive at parallel mental universes with a multiplicity of possible readings. Fascinated by the indeterminate boundaries between the visible and invisible, Kwade explores what is real and what is not, stimulating the gaze of the spectator in a game where space, time, science and philosophy create a labyrinth of perceptions.

Through sculpture, installation, video and photography, Kwade manipulates and transforms everyday objects, creating different forms, imbuing them with different meanings and value, thus revealing the many and sometimes obscured substrates of the visible. Because, as the artist explains, matter exists in a space of eleven dimensions, seven of which are inaccessible and unknown to us but that coexist in parallel to those we already know. Forms and materials that inhabit our experiential universe undergo metamorphoses and distortions to demonstrate how anything can assume a different form and be subject to changes in its physical nature, structure and substance. Each of Kwade’s works conceals a meticulous scientific research expressed in a language constructed with synthetic and essential forms, where the sign invites us to think and reinterpret continuously what the eye and our unconscious observe. In addition to exploring our perception of reality, time and space, her works also question society and its conventions, and both the natural and artificial patterns that condition our way of thinking.

The exhibition in Fondazione Giuliani, MATERIA, PER ORA, is an even more in-depth study of material, matter and materiality. Kwade investigates the philosophical concept of deconstruction/construction, focusing on the process of transformation of matter in contact with different dimensions present in nature. Convinced that matter is nothing other than an infinite series of combinations of itself in space and time, her works play with repetition, decomposition, variation of scale and destruction/reconstruction, connoting them as sculptural meditations on the nature of objects. Dematerialisation generates a de-signification, a moment in which new elaborations and readings can occur, a possibility to represent space and time that we cannot yet perceive. 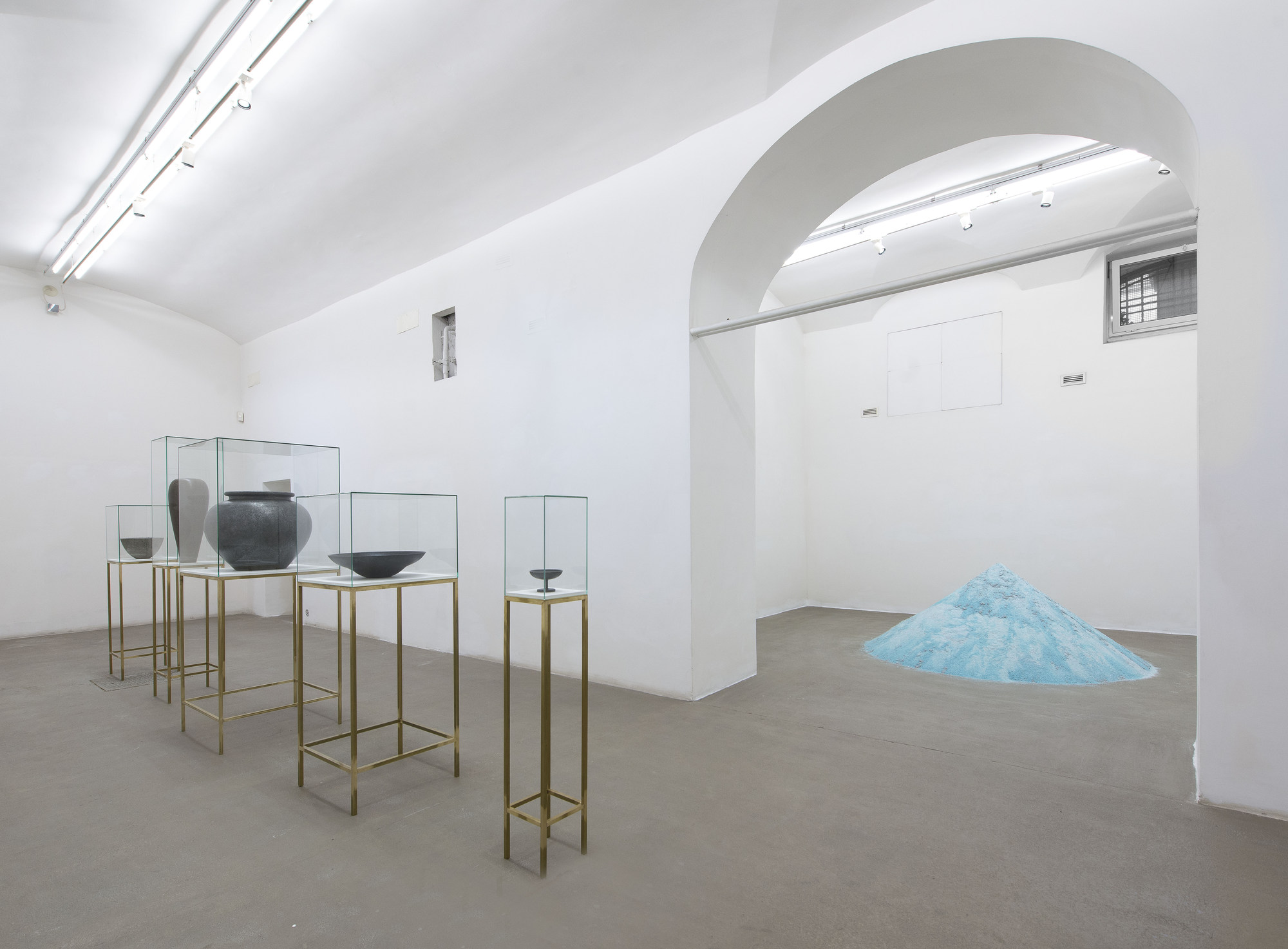